The Park Players Theatre Company presents "Angel Street" by Patrick Hamilton on February 21, 22, 28, and 29 at 7:00 pm in the Allen DuBois Little Theatre at Canton High School.

A Broadway hit first produced on the West End under the title Gaslight and filmed twice,Angel Street tells the story of the Manninghams, who live on Angel Street in 19th century London. As the curtain rises, all appears to be the essence of Victorian tranquility. It is soon apparent, however, that Mr. Manningham, a suavely handsome man, is slowly driving his gentle, devoted wife, Bella, to the brink of insanity with an insinuating kindness that masks more sinister motives. While he is out, Mrs. Manningham has an unexpected caller: amiable, paternal Inspector Rough from Scotland Yard. Rough is convinced that Mr. Manningham is a homicidal maniac wanted for a murder committed fifteen years earlier in this very house. Gradually, the inspector restores Bella’s confidence in herself and, as the evidence against Manningham unfolds, the author has built and sustained some of the most brilliant, suspenseful sequences in modern theatre. 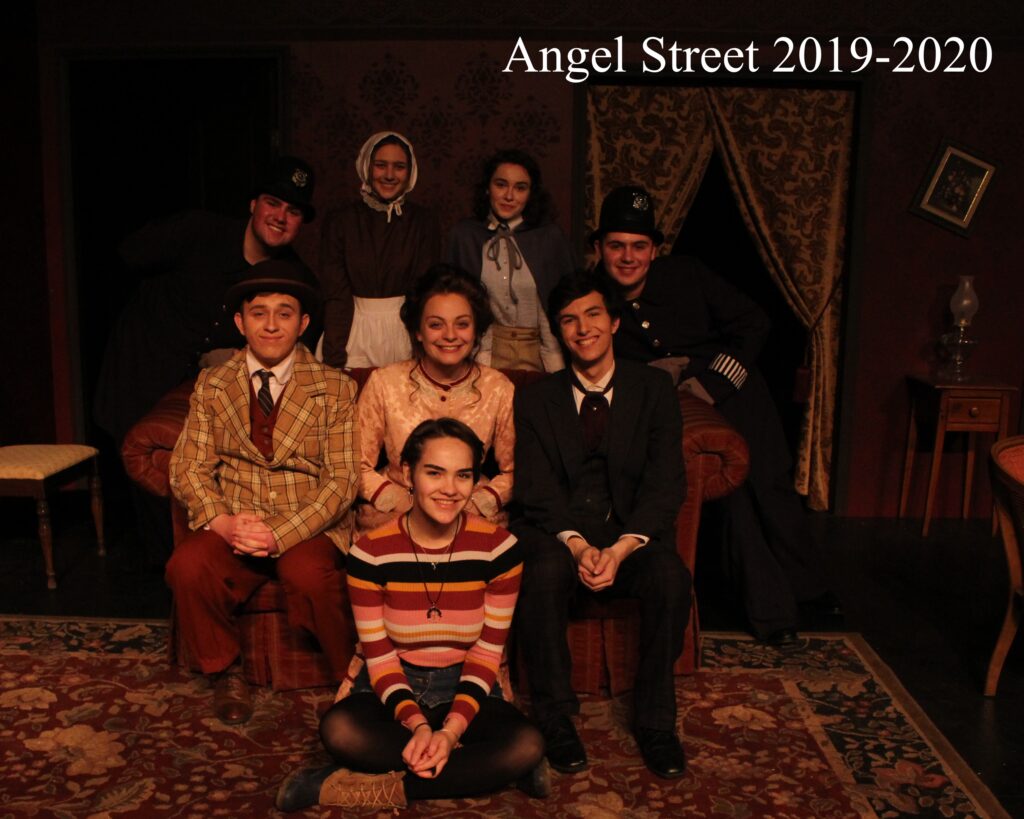